a logo and a brand? a world of difference

As a brand strategist, too often discussions begin something like this:

“We’d like you to redo our brand. Could you design a logo as memorable as these?”, they’d ask, pointing to a Nike swoosh. Or an apple. Or the ubiquitous yellow double-arches of a McDonald’s “M”.

Design a logo? The answer, of course, is “yes”. Virtually any working logo designer can create a striking, simple mark. Otherwise, they’d not be working for long. But to create a brand? That’s a wholly different request, with a completely different answer:

“No. Only you can create your brand.”

What’s a logo? What’s a brand?

A brand is not a logo, though the two are often mixed up. In the simplest terms, a brand is a space your company or product occupies in people’s hearts and minds. It’s what they think—and more importantly, feel—about you. A brand is your reputation. It’s reinforced by every interaction you have. A brand encompasses every product or service that you provide. It’s built up over time. It must be tended to. Serviced. Protected at all costs. Changed only with great difficulty, and with great care.

Just as a brand is not a logo, a logo is not a brand. A logo is instead the simplest visual expression of your brand. It’s an icon that is only given meaning over time, exposure, and consistent use. When well designed and utilized, a logo will convey your entire brand promise in milliseconds. It will be instantly recognizable among the 10,000 brand messages consumers are subjected to every day. Just like your brand, a logo must be protected and changed only with great care.

While brands and logos are different, they are symbiotic. They reinforce each other and are hard to separate. A product by itself loses meaning without its brand’s visual identity. And if the product inside a brand’s packaging doesn’t live up to that brand’s promise? The brand itself suffers.

Coca-Cola has consistently nurtured its logo, red packaging, and brand message: Coke brings us all together. Its visual identity—that distinctive script and bright red packaging—are instantly recognizable. In the cola space, Coca-Cola owns red. They own script. And Coca-Cola owns the cola market: so much so that Coke drinkers will outright refuse to drink any other. But what happens if you separate Coca-Cola from its package? 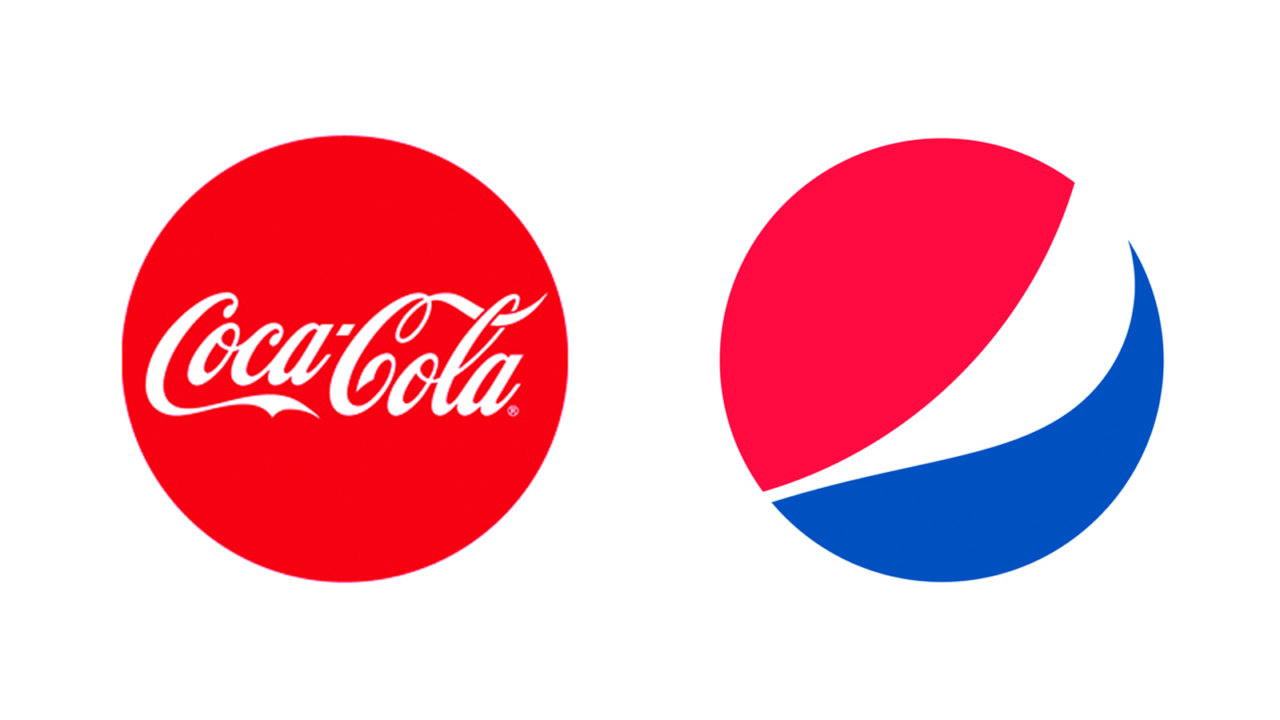 Challenger brand Pepsi put this question to the test in its famous 1975 ad campaign The Pepsi Challenge. They presented consumers with both Pepsi and Coca-Cola to taste, but in plain glasses. No branded bottles. No colorful cans. No logos.  Without those visual cues to follow, a majority preferred Pepsi. Including Coke drinkers, who would—under normal circumstances—refuse to drink any other brand.

Variations on blind taste tests have been even more revealing. In triangle tests, consumers are asked to compare three glasses of cola. Two contain the same brand, and one the other. It turns out that most of us cannot tell the difference. We can’t even tell which two of the three glasses have the same cola.

Logos and packaging are an integral part of our brand experience. Coca-Cola is just another soft drink without its packaging. A Ferragamo handbag without its horseshoe-inspired icon is just another handbag. A Supreme t-shirt (or hat, or crowbar, or fire extinguisher, and the list goes on) is worthless without those red-boxed italics.

Separating a brand from its logo can be disastrous. But changing the product inside—and breaking your brand’s promise—can be equally so. Coca-Cola learned just that lesson when they tried to answer The Pepsi Challenge, by changing their recipe to match that of Pepsi. What happened next?

The reaction to New Coke was instantly, universally hostile. You could almost hear Coca-Cola brand loyalists scream out in unison: How could they change our favorite drink? If Coca-Cola was the best cola, why did they change the taste? Never mind that in real life consumers couldn’t even taste the difference. When Coca-Cola changed its recipe, it’s brand promise was broken. Sales plummeted. New Coke lasted all three months before the original Coca-Cola made a triumphant return.

Brands and logos present different challenges and opportunities. Both must be nurtured and protected. And one is nothing without the other. It’s true that brand strategists and graphic designers can be instrumental in putting companies on the right path. But the vision, care, and management of a brand starts and ends with the company itself. From the highest C-level management team, to the person who answers the phone and takes an order.

Anyone can design a logo. But only you control your brand.

stay connected with us!